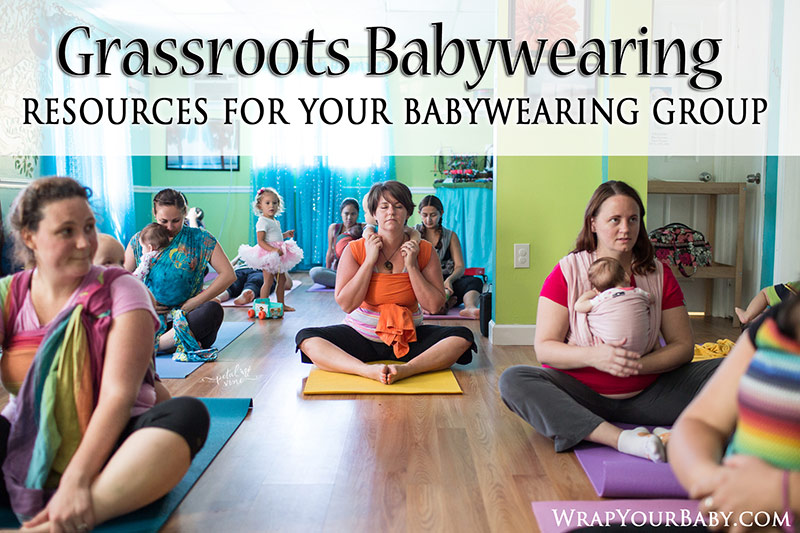 Babywearing Groups give parents a local community that can share knowledge of and experience with baby carriers and offer the opportunity to try different carriers out.  Find your local Babywearing Group HERE or add yours to this directory.

Earn wraps for your Library

If you buy a wrap and are part of a local babywearing group, your purchase buys $10 worth of wrap for your group’s learning or lending library.

Tell your group leader when you buy a wrap from me. Group leaders should track purchases and when ready to order for your library, email me a list of purchases made by group members in the past 12 months (diana@wrapyourbaby.com).  I will give you a credit towards the wrap of your choice, whether it is for $10 or $200–there is no limit.

Note that you can only get credit for purchases made in the past 12 months, so if there are some on your list that are getting ready to expire, consider spending them right away!

Sign up here to be notified each month when the next Group Giveaway is announced: Babywearing Group Sign-Up 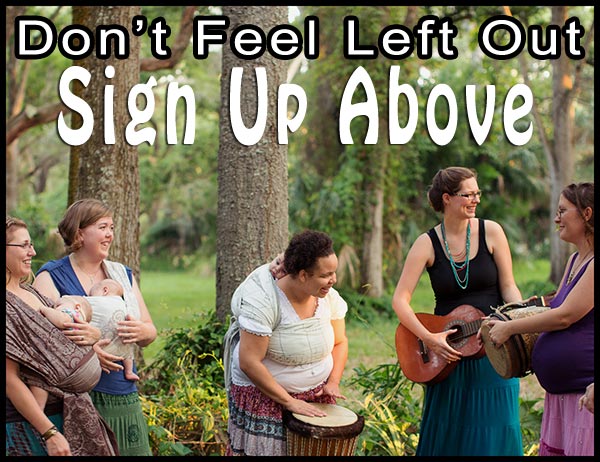 March 2017: Enter to win a woven wrap for your Babywearing Group by sharing a babywearing picture on this Facebook post with a theme that matches one of March’s various official or unofficial holidays.

February 2017: Nosíme naše deti in Slovakia won a size 5 Nati Notes wrap for their Lending Library after getting the most ‘likes’ on this Facebook post with the name of your Babywearing Group.

December 2016: Babywearing International Of Rockland-Westchester won a wrap for their lending library for the Dec Giveaway!

November 2016: Babywearers of Battle Creek won a wrap by making a charitable donation to Carry the Future – a grassroots organization bringing baby carriers and other resources to refugees in Europe.

August 2016 Giveaway (still catching up): BWI of Maine has won a silk Nursing Love wrap for their Lending Library thanks to Erika entering her breastfeeding-in-the-wrap picture and providing details in this Facebook post.

July 2016 Giveaways (to catch up on the first half of the year):

December 2015 Wrap Giveaway: 2 FLASH babywearing group giveaways! One on Facebook and one on Instagram, both running through this weekend with the two lucky groups announced on Monday, 21 Dec!

FACEBOOK: To enter the FB giveaway for your group, comment on this post with your festive babywearing selfie (any winter holidays, traditions or celebrations count) and provide a link to the babywearing group that you are entering for.

INSTAGRAM USERS: My new website will feature photos shared by moms on Instagram so help me get started by sharing your photo of any wrap sold by Wrap Your Baby – post it on Instagram and use a hashtag that is brand + design name.
ie ‪#‎NatibabyNotes‬, ‪#‎EllevillTriBlue‬, ‪#‎WrapsodyLuna‬,‪#‎StorchenwiegeLeoRed‬ or ‪#‎GirasolBarefootRainbow‬

Tag @wrapyourbaby and mention the name of your babywearing group to make it an official entry and one group will win a wrap for the lending library. The group does not have to be on IG to participate, but any group members with an IG account can enter for them as long as you have a photo (or get permission to share another’s photo) of a wrap carried by WYB (even if you got it used or bought it elsewhere)! Photos must be posted on 18, 19, or 20 December (not old photos).

October Wrap Giveaway: For International Babywearing Week (4-10 October) I’d like to gift a wrap to a brand new Lending or Learning Library but I want to make sure it is a group that is not going to disappear and that the wrap will remain available for community use. So if you are a small group with no or few wraps in your library, comment on this Facebook post with the following info and I’ll announce a winner on Tuesday, 6 Oct

September Wrap Giveaway: BWI of Portland will receive a silk Nursing Love wrap from Natibaby as winners of this INSTAGRAM SELFIE CONTEST!

Also, the Babywearing Enrichment Foundation of New Mexico received a pink Day of the Dead Lenny Lamb (discontinued) for their educational program or fundraising use.

August Wrap Giveaway: Douglas County got a Kristen EllaRoo.  Mary EllaRoo wrap went to JBLMBW in Yelm WA.  And I sent an Elsa EllaRoo to a WIC office in Jackson TN that is adding babywearing to their program to encourage breastfeeding rates.

July Wrap Giveaway: To enter your group in July’s Lending Library giveaway, share this picture on your group’s Facebook page and then comment here with a link to your group.

June: In honor of Father’s Day, instead of a group giveaway, this month I gave away 2 wraps to dads and one to a mother whose husband died before their third baby was born, to help her mother AND father her kids solo.

March Wrap Giveaway: Joint Base Lewis-McChord Babywearers in Washington received a Nati Tattooed wrap for their lending library after submitting a photo of one of their dads wrapped up  in a comment on this facebook thread.  See picture below. 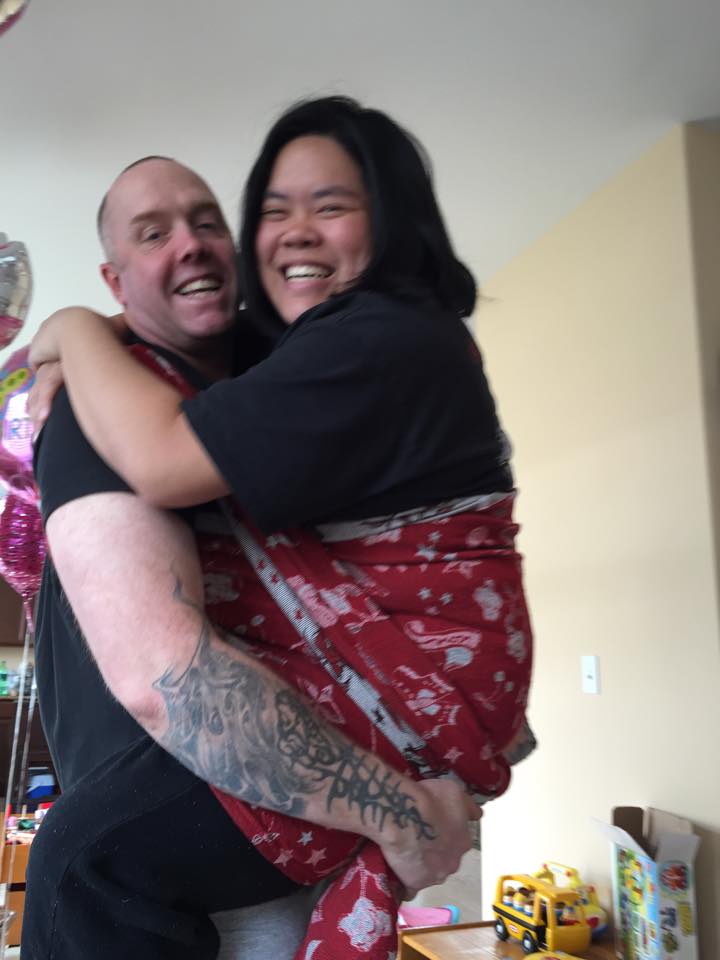 Group Leader Jonny couldn’t wait to try it out . . . literally.

Piscataqua Babywearers also received a wrap for their fledgling library.

January Wrap Giveaway: Romanian babywearing group Nebune dupa carpe (Mad About Slings) was in need of a linen blend wrap for their members to borrow and try out so I sent them a size 5 Red Nati Notes cotton/linen wrap.

North Dallas Wearing Mamas was in need of a size 7 wrap for their lending library and didn’t have any Easycare so they are receiving a size 7 Rainbow Baby to share with their members!

These groups won for having great wrapping resources that they make available to the public.  You can see their fantastic wrap-resource pages here:
http://jurnalbw-nebunedupacarpe.blogspot.ro/ (Romanian page)
and http://www.babywearingdallas.com/

December 2014 Wrap Giveaway: I asked for photos of shopping while wrapping and BWI of DC – MD – VA won a Birthing Goddess shortie thanks to Ellen’s picture of real life shopping as a mom with 5 kids!

November 2014 Wrap Giveaway: Coastal Georgia Babywearers has won an Ellevill Gaia wrap for their lending library!Here’s where you can see all of the entries.  Groups were required to pin a wrap from WrapYourBaby.com and share the link in the facebook comments.

October 2014 Wrap Giveaway: Joella–the leader of the La Crosse WI babywearing group–received a Mary EllaRoo wrap for her new lending library program for the teen moms at Hope Academy in Wisconsin.  The goals of Hope Academy include a high school diploma or GED, education and information about parenting, child development, and healthy living, and developmentally appropriate language and pre-literacy activities for the chidren. Services are free and offered to pregnant or parenting mothers ages 14-21.

September 2014 Wrap Giveaway: I asked groups to send me pictures of someone wrapping at a landmark in their city or region and got everything from the Washington Monument to lesser known landmarks in small towns.  The pictures were great and I couldn’t narrow it down to less than four groups so I am sending wraps to Babywearing Group Bucuresti, Lakeland Babywearers, BWI of San Antonio, and BWI of Central Missouri.

July 2014 Wrap Giveaway:
Ottawa Babywearing Group received a wrap for their Babies of Peace Project which you can read about here:http://ottawababywearinggroup.blogspot.ca/p/this-project-is-designed-to-honour.html

June 2014 Wrap Giveaway: This month BWI of Grand Rapids is receiving a size 5 Hemp Apple Trees to round out their lending library.
And Barrie Babywearers has a size 6 Hemp Nati Notes (black on white) on the way.

March 2014 Wrap Giveaway: Staten Island Babywearers and North Dallas Wearing Mamas (one small group, one big group) both won gorgeous Natibaby Nursing Love wraps for March!  One to the group that has the most liked comment here by the 13th of March, and one to a smaller group that comments with # of members.

The majority of our members, myself included, are spouses of Canadian Forces members. While our spouses are training, on an exercise, or on tour we are here protecting our family and keeping the home fires burning. We’ve lost our extra hand and although the military community is great to lend a helping hand it’s not always convenient to call our helpers at 2 am with a teething baby. Haha. With this wrap members will be able to learn how wrap properly. By using this “extra hand”- this Flames woven wrap will allow us to remember we are strong and we are able to continue on with our lives while our spouses are away.
Please hear our plea for this flames wrap. The 100% cotton is so easy to use for beginners and the separate colour rails help substantially. We have the power of fire in our hearts for our babies. We hope we can show off that firey passion with a super hot Natibaby Flames woven wrap.

For those wondering, I never went through the September entries and picked a winner.  I’m sorry!  My photoshop went kaput and I need to get a new one so I can properly admire and work with these photos, and I am planning to announce the winner as soon as I can do that!
September Wrap Donation:  For this month’s giveaway, I am asking groups to send a picture of a mom or a dad (or grandpa or other caregiver) wearing a baby in a wrap along with all of the information below todiana@wrapyourbaby.com

Due to volume, I will not be able to email asking for any omitted information, so please make sure you include all of the above with the picture, and I will only enter groups for which I do receive all of the information along with the photo.  Fair enough?

Why do I want all of that? I will use some or all of the photos and information to help direct new wrappers to the wrap size that will best suit their body type and the wrap carries that they expect to use.

How will the winner be chosen? I’ll do a random draw at the end of the month and announce the winning group here.

August 2013 Wrap Donation: I will be sending Vegaroos of Las Vegas their first woven wrap!

In July 2013, these 4 babywearing groups received donations for contributing these amazing videos to Wrap Your Baby for new wrappers to learn from.

Every month I try to send a wrap to a different lending library for babywearing groups to use to promote and teach babywearing, and for local moms to borrow and try out to see if buying a wrap is something they want to commit to.  It also helps moms to compare different brands, lengths, weights, and fabrics and see which is best for themselves and their babies.

When I bought my first wrap, I had to buy it sight unseen over the internet and hope that I’d be able to figure it out by myself when it arrived.  Babywearing Groups are changing this, and I love it!

I started the Wrap Your Baby donation program in August 2012 and since then have sent wraps to: 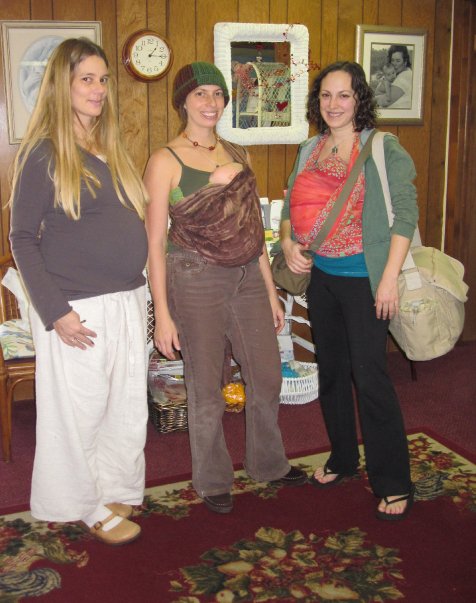