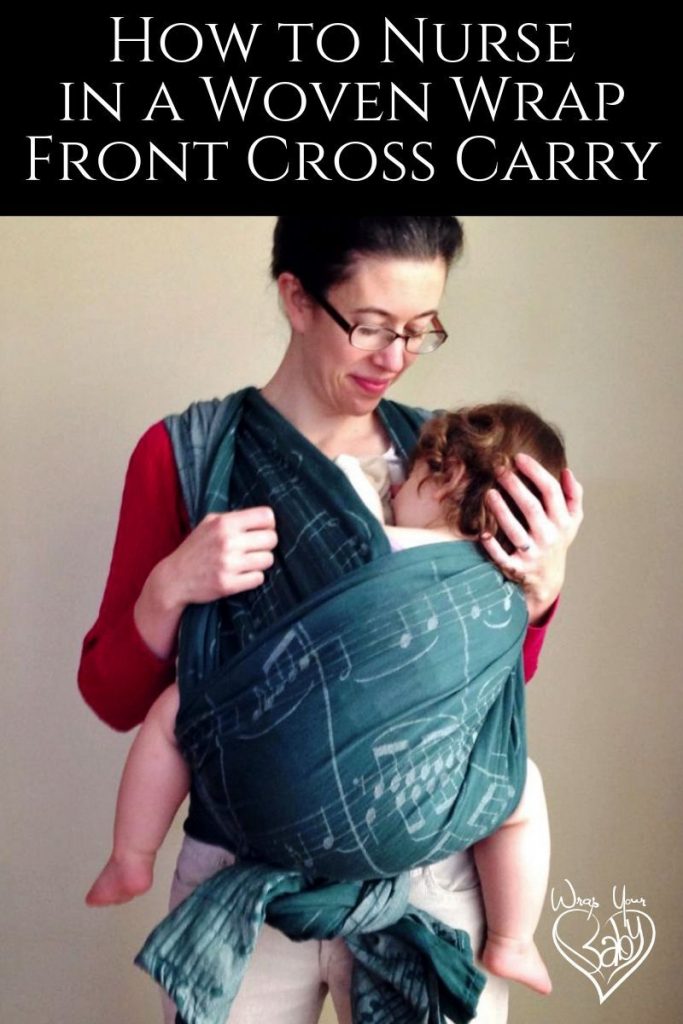 Why a breastfeeding Front Cross Carry? This carry is easy to adjust into a nursing position and then back again when baby is done.

Nursing in your wrap is about the handiest thing you’ll ever learn – or rather, the most hands-free thing you can learn!

It’s the most convenient way to breastfeed your baby when you’re out and about or when you have other things to do or kids to take care of!

It is a slightly shorter carry, with only two passes over baby instead of three.

For this reason, and because the two passes are both cross passes, not horizontal passes, Front Cross Carry can be cooler in hot weather. The crosses let airflow through on the sides where a horizontal pass does not.

Learn more about Front Cross Carry
and get the photo tutorial here.