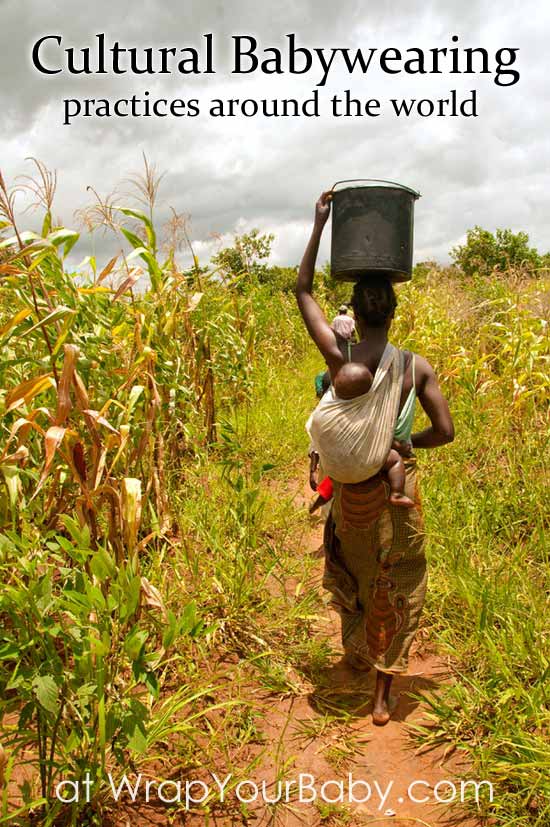 “I wish they had those when my babies were little!”

We modern babywearers often hear this sentiment ridiculously often.  I would be surprised to meet a babywearer who hasn’t been told this at least once.

Yet our baby carriers are modeled after cultural babywearing carriers that have been used around the world for centuries!

The period of time in which European and American babies have not been worn, is really a very short gap and we are now returning to something more workable than strollers and bucket seats.  We are going back to something simple and functional.

If the theories in this article are correct, we are going back to one of early man’s first and most basic tools! Talk about cultural babywearing!

So while babywearing is not new, it is not something that most of our grandparents had any exposure to.  No one did it.

That is changing in a big way, but not enough that babywearing is second nature to us like it would be if we had been worn, had seen mothers all around us wearing, had worn our siblings while our parents worked…our whole lives.

Our generation is reclaiming a practice that, well, it takes some practice.  It will be easier for our children, who are already wearing their baby dolls, and some of them are wearing their siblings.

Here is a look at the way some traditional baby carriers are used today, and have been used historically: 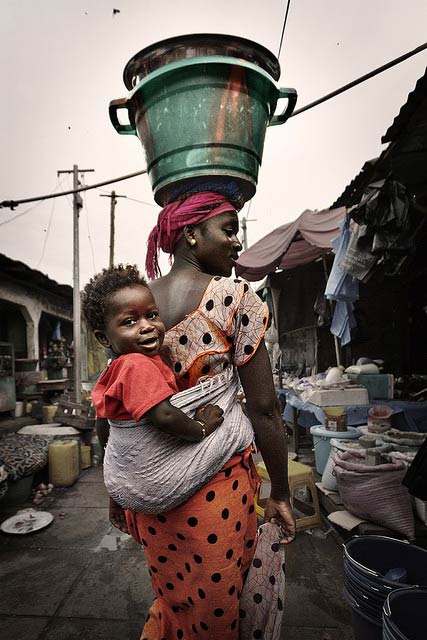 Many of us have seen pictures of African women carrying babies low on their back in a cloth wrapped around their torsos. But a discussion of cultural babywearing must look across many different cultures in Africa as there are different styles of cloth and different ways of wearing. Here are some: 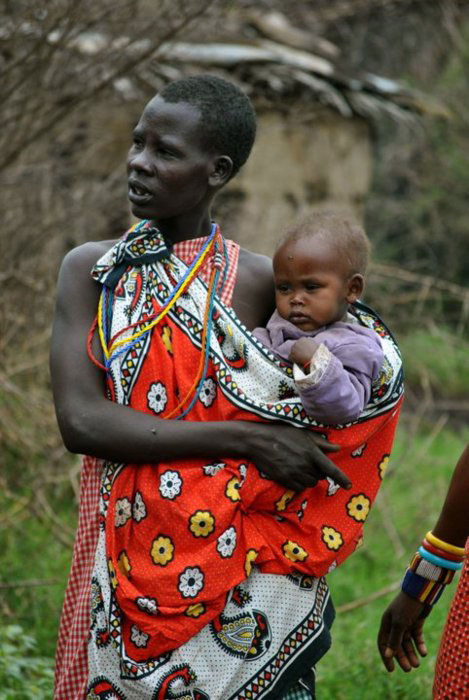 Maasai people of Kenya and Tanzania 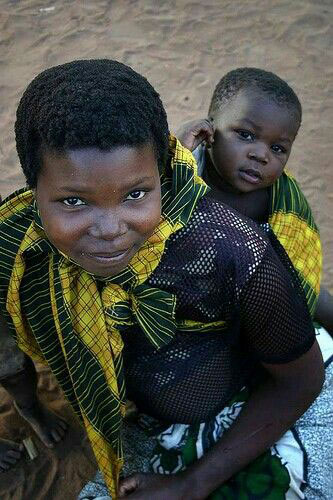 Babywearing with cloth tied over one shoulder and under the other arm, tied with a knot in what we call a Traditional Sling Carry. In Mozambique they use this style for carries on front or back.

Here is a short video showing the simplicity of tying on a Capulana as used in Mozambique:

Adibisi, founder of UK wrap manufacturer Joy and Joe and mother of two, demonstrates the way Yoruba women of her culture back their babies (as they say) in Nigeria:

A grandmother in South Africa shows how she easily wraps her grandbaby up on her back in a towel tucked around her:

Again, in Benin, with a more traditional carrying cloth:

And a little girl in Ghana easily wraps a baby (probably her sibling) the same way, a little astonished at all the attention over something so mundane: 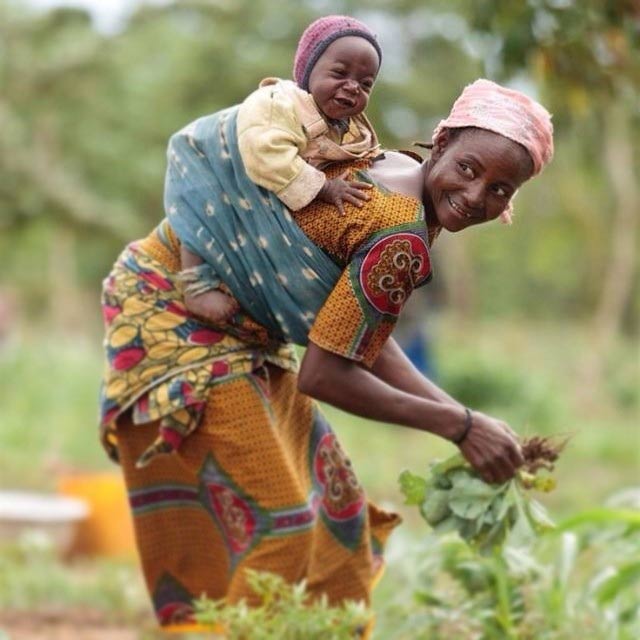 Babywearing Back Carry in Ghana 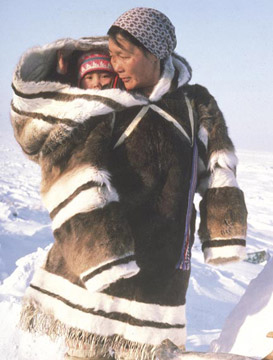 Inuit mothers wear their babies in their coats where both are kept warm.  A special coat called an Amauti is used to securely hold the baby behind mother’s back.  Here you can see one demonstrated: 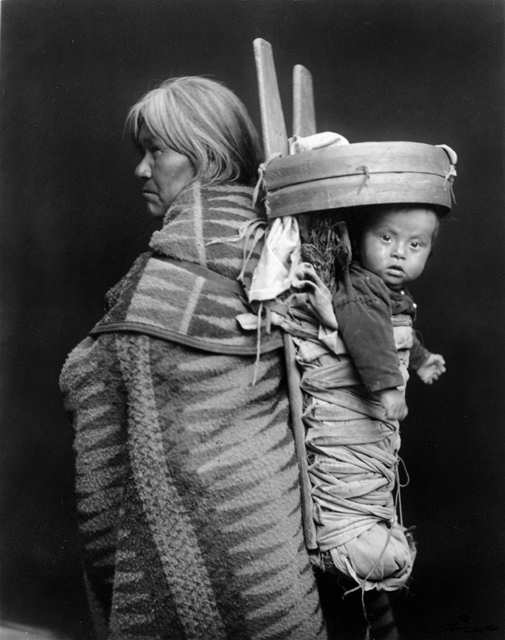 “My grandmas told me that you don’t decide when the child is going to give up the cradleboard, it’s the child that’s going to decide. They say the sooner that a child leaves or pushes away the cradleboard and doesn’t want to use it—that means they’re going to mature a lot faster.” —Maynard WhiteOwl Lavadour

Cradleboards were used not just for wearing, but for keeping baby content in a swaddle and safe as it could be propped near the family or put in a wagon or the side of a horse as well as on a family member’s body as a baby carrier. Ojibwe, Navajo, Apache, Shoshone, Ute, Iroquois, Hopi and Lakota tribes all used some kind of cradle board. The style and use varied between these cultures.

The word “papoose” has mistakenly been used to mean a cradleboard but is actually a word for baby. Among some tribes the term “papoose” has come to be used as a racial slur so it is best not to use the word unless you know the accepted use among those around you.

How to use a cradleboard: 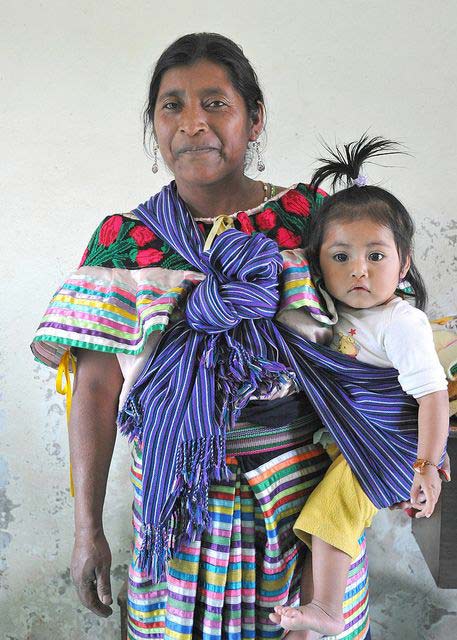 Mayan woman carrying her baby in a beautiful Mexican rebozo.

Here is where you can learn all about how traditional Mexican rebozos are used for babywearing.

As in Africa, the simple piece of cloth has been the predominant theme in traditional American babywearing. It is a legacy we continue when we use either one of these traditional carriers (still very much used by modern Americans) or the new-fangled version, the woven wraps you find in my store!

Here is a video demonstration of how to use a traditional Peruvian Manta to wear a baby on your back Peru-style:

Here a Honduran woman demonstrates how she wears a baby in a cradle carry on her back:

And a foreigner requests a toddlerwearing demonstration from a mama in Guatemala: 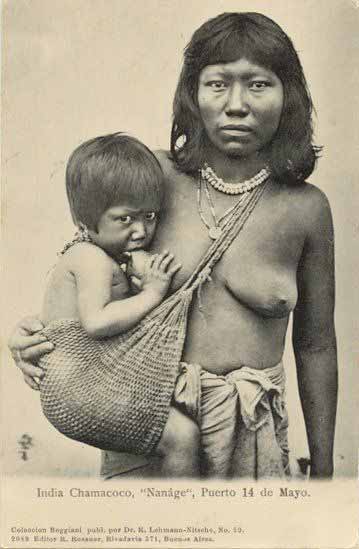 Chamacoco mother and baby in Paraguay. 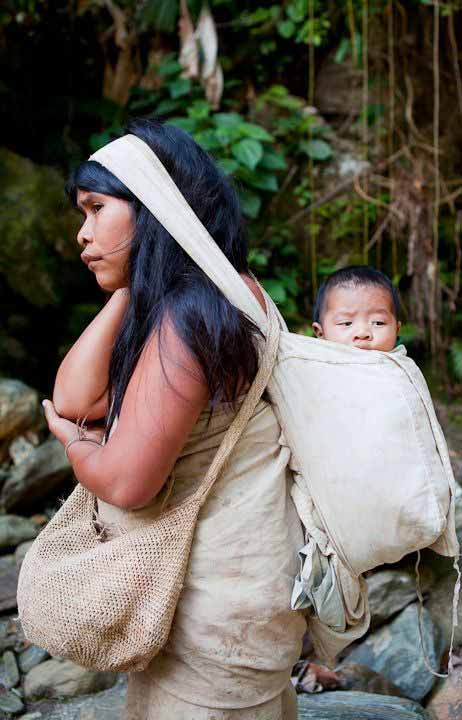 Many of the traditional baby carriers we see from Asia make use of straps: 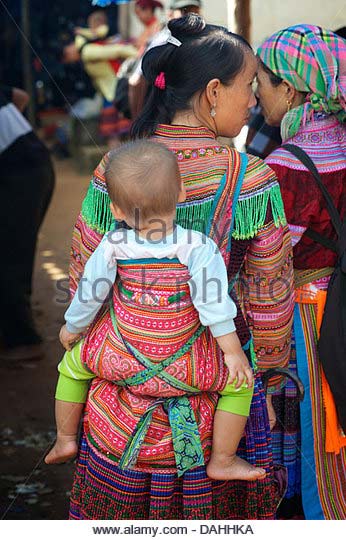 This is a Hmong Carrier used by the Hmong people of SouthEast Asia.

The traditional Korean baby carrier is a Podegai or Podegi, seen here: 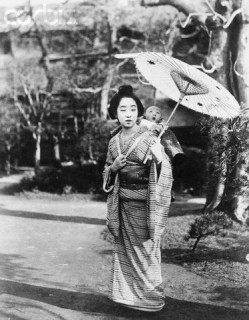 In Japan, mothers would wrap their babies in their Obi sashes similarly to how we use a wrap.

Leslie Kung demonstrates the use of an Obi sash and then also demonstrates how the Obi combined with an Indonesian Selendang (below) can be used as a make-shift Podegai like the one above, but with a narrow width that does not wrap around the parent’s body. This improvising is not traditional except in the sense that women have been using whatever they had to hand for probably as long as there have been babies! Leslie is a modern educator so she is demonstrating both the traditional use and some ideas that parents may want to use today: 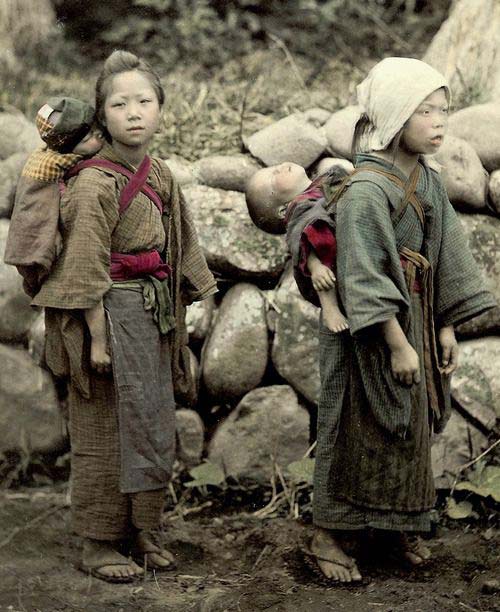 This photo by Adolfo Farsari from the 1880s shows another kind of Japanese carrier, the Onbuhimo, meaning carrying strap. They have a rectangle of fabric with two straps at the top corners and some kind of loop at the bottom corners. The loops would have traditionally been a fabric loop but often modern versions are made with metal rings or even buckles.

While straps are popular in Asian cultural babywearing, that is not the only way babies have traditionally been carried on the continent. As the simplest form of baby carrier, the simple piece of cloth is one we see most often repeated in countless cultures around the world! There are plenty of examples of piece of cloth Asian carriers, too.

A Selendang is a garment worn by women in Indonesia that is often draped about the head and shoulders and used for carrying personal objects (such as your baby): 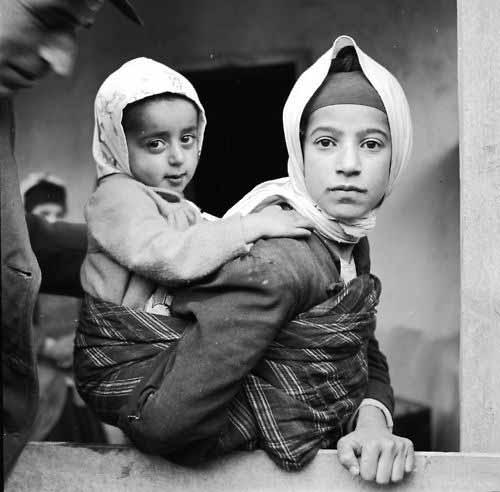 Babywearing in Iran circa 1950. 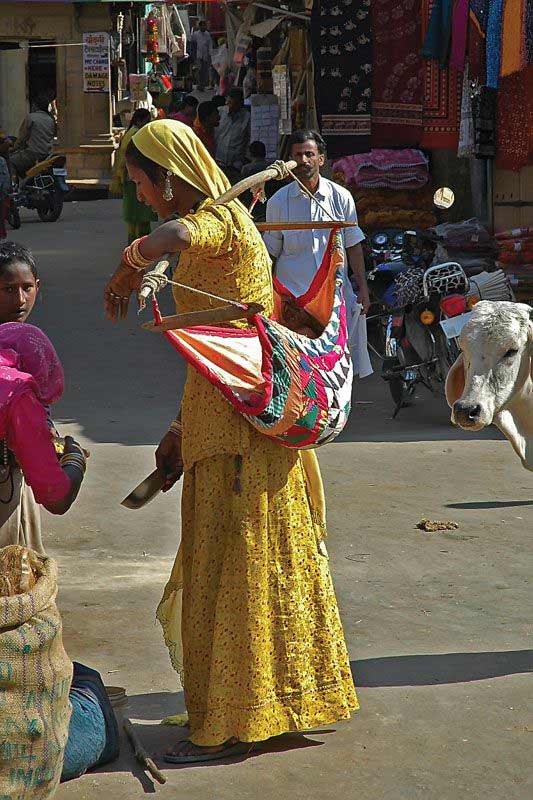 Basket style carriers have been used widely in Asia as well: 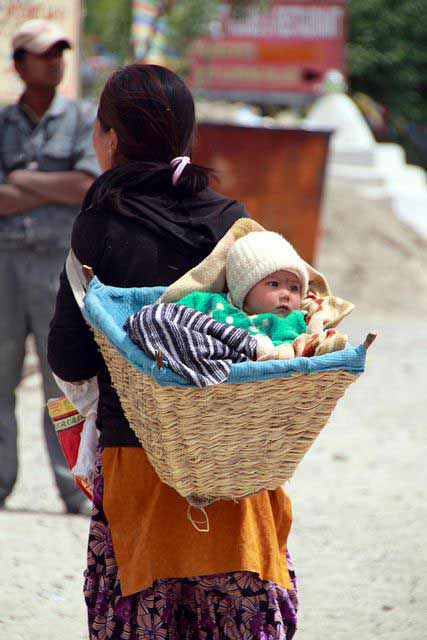 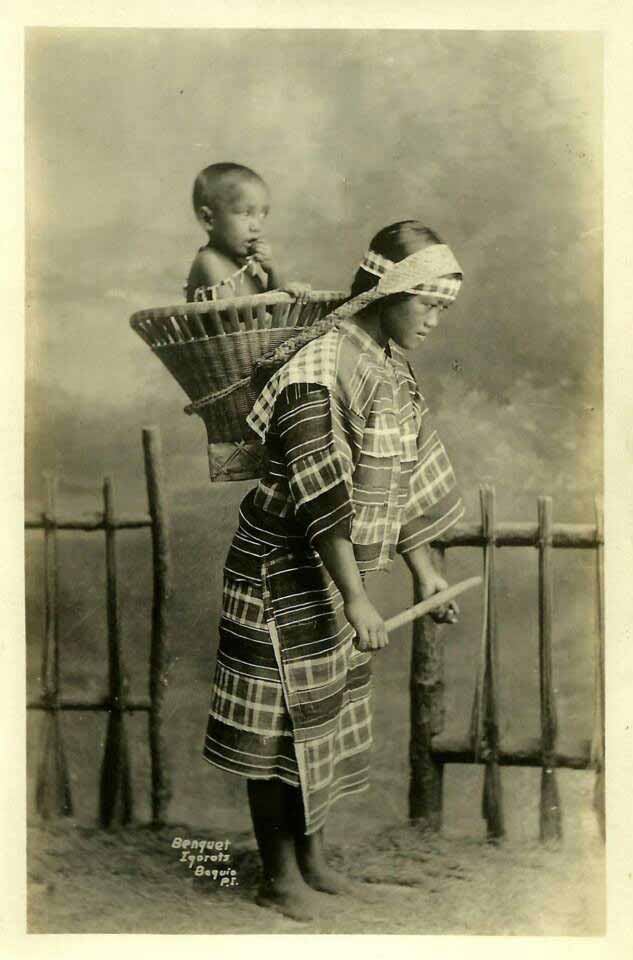 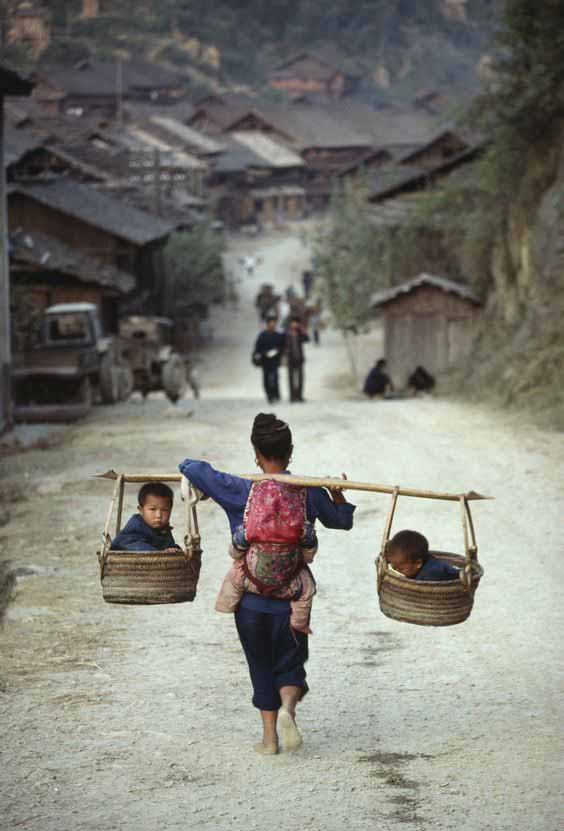 Traditional Babywearing in Guizhou, China – one on the back and two in baskets. 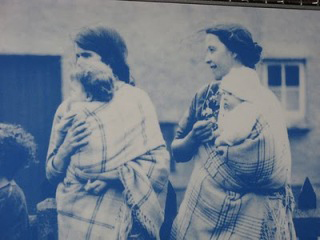 In Wales, a shawl has traditionally been used to wrap the baby against the mother. The fabric is tucked in around the baby with the baby’s weight holding it in place.  Shawls have been similarly used for babywearing in many other European countries as well.

Photo Instructions for how to use a Welsh shawl for babywearing.

The Welsh shawl carry is a style of cultural babywearing has been used across Europe. But other styles of baby carrier have been used as well. 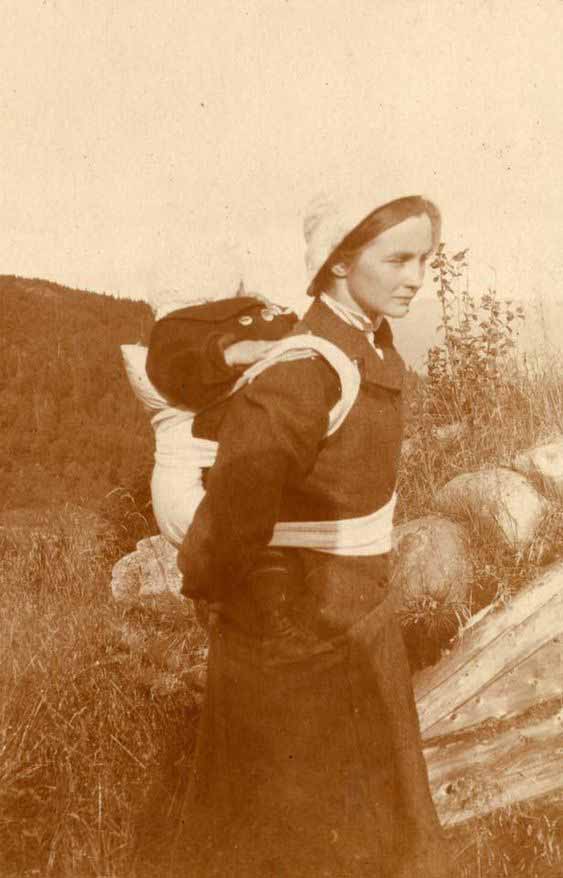 Babywearing in Norway circa 1900 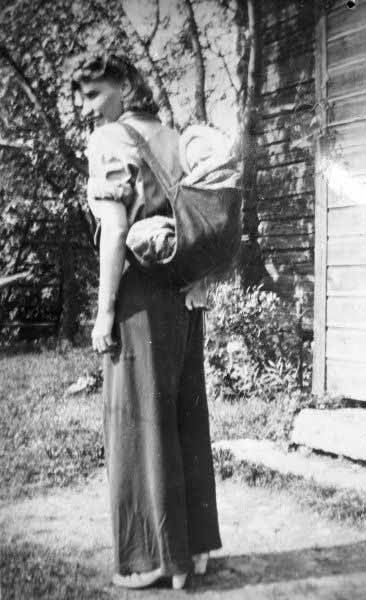 Babywearing with Krippsack or Skinnbog in Sweden, similar to a Hmong style baby carrier from SouthEast Asia. 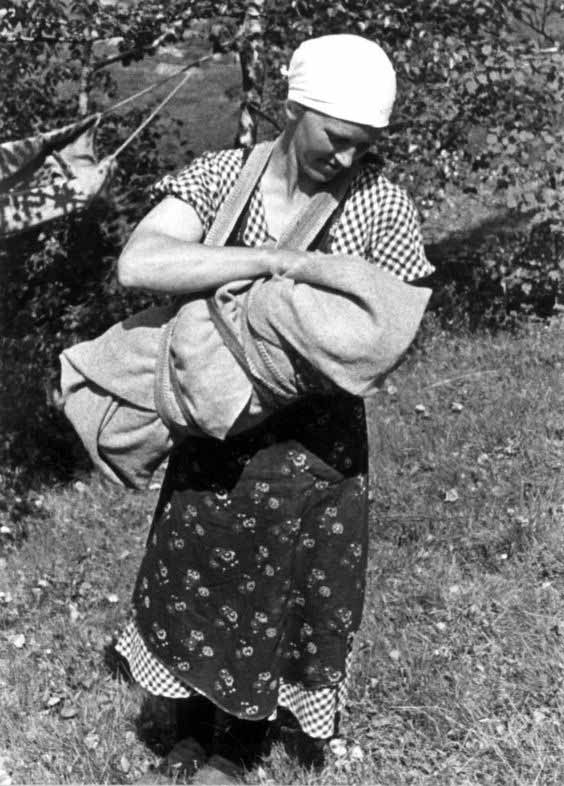 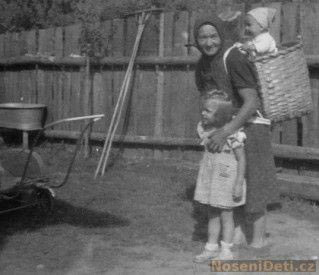 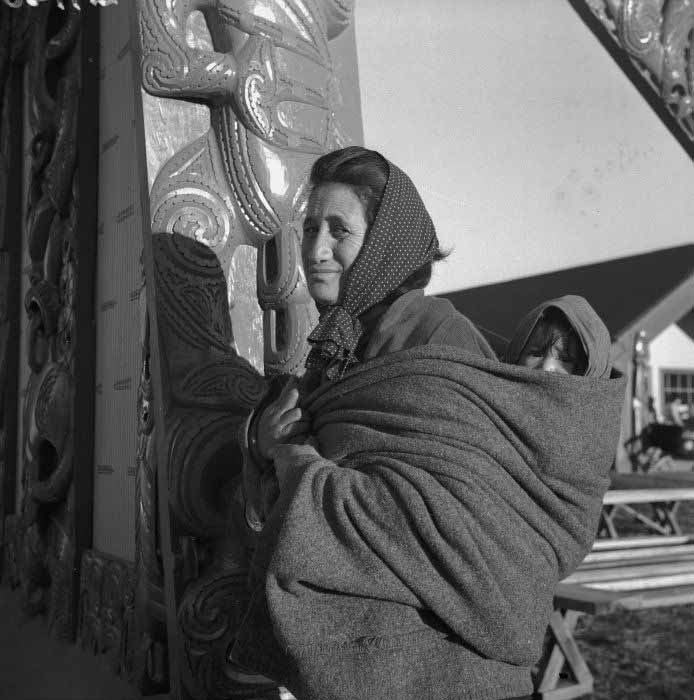 Summary of Traditional Babywearing Across Cultures

There are really SO MANY ways to wear babies and it’s a commonality that we should remember because across this globe we have more in common than we have differences.

There are certainly many cultures and baby carriers I did not touch on here.

But did you see these common babywearing concepts across continents? Baskets, straps, rectangles with straps, pieces of cloth tied over one shoulder or around the torso, even bags and cloth carriers with a forehead straps.

So no, babywearing and baby carriers are not new. They are not exclusive to one culture. And there is not one right way to carry your baby.

So? Carry on. Happy Babywearing. Let me know what you think below!

Wrap Your Baby is taking a short break - check back with us in February! Dismiss