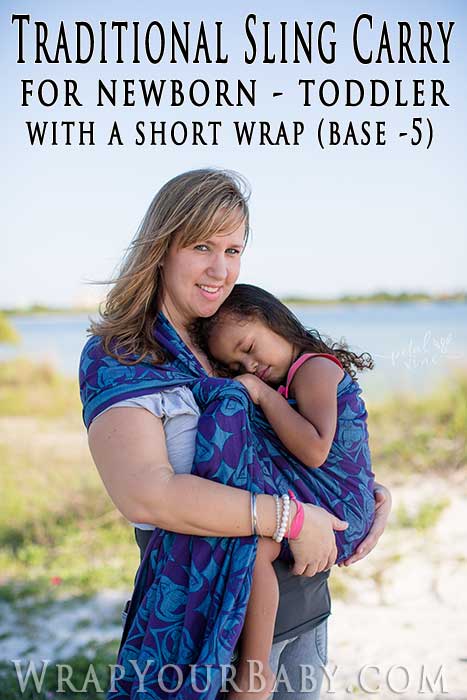 Detailed Instructions for Traditional Sling Carry
previously known as Rebozo Carry
with tips and tricks for comfort and versatility
(Thank you for the video, Ally!)

A traditional sling pass is simply when the wrap comes from over one shoulder, across baby (forming a knee-to-knee seat under baby’s bottom), and around your opposite side.  It can be done on your front or back. By itself, that is a Traditional Sling Carry.

And, of course, if you do one single, traditional sling pass on your back and tie a knot, you have a Traditional Back Carry (TBC) which was formerly called back rebozo carry:

Wrap Your Baby is taking a short break - check back with us in February! Dismiss