This is not so much an introduction to Mei Tais as it is a geeky comparison.  When I first launched WrapYourBaby.com in 2005 I included instructions for both wraps and Mei Tais.  My favorite carriers were woven wraps and Mei Tais and I wanted to teach others about them at a time when there weren’t local groups and spotting other babywearers “in the wild” was rare.  Now that my site is dedicated to woven wrapping, I wanted to find a way to incorporate these images with my oldest daughter from all those years ago.  I don’t have the originals anymore, so I can’t offer bigger versions, but I hope you will enjoy them anyway in the context of this comparison!

A Mei Tai is a panel of fabric with two short straps at the bottom two corners (waist straps) and two long straps at the top corners (shoulder straps).

Mei Tais are great carriers.  The straps are wrapped around you much like a wrap, for a custom fit without messing with buckles, rings, or other adjustments.  They provide one great front carry and one great back carry.

A Mei Tai front carry is similar to a Front Cross Carry with a woven wrap: 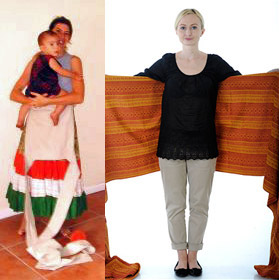 Starts behind your back, with a knot of the Mei Tai waist straps or the center of the woven wrap. 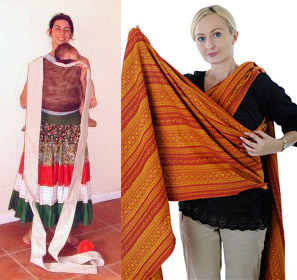 The baby sits in the panel of the Mei Tai on your chest or in the cross made by the wrap as it crosses over your chest. 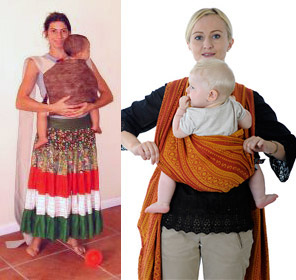 Straps come over mom’s shoulders to the back. 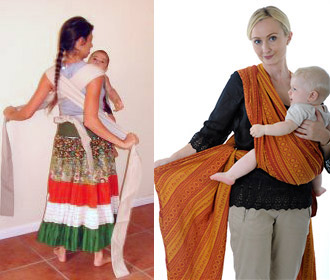 Straps cross behind mom’s back. 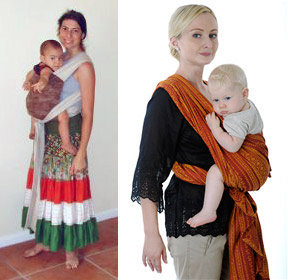 The wrap ends or MT straps come around to tie under baby’s bottom.

Of course the feel of the carry is not quite the same despite the similarities.  There is a difference between any panel carrier (Mei Tai, SSC, or other) that supports weight by the straps, and a piece of fabric where the entire panel is also the strap.  Additionally, the straps of a Mei Tai don’t distribute the weight across your back the same way that a wrap does, since a wrap can be spread very wide (some Mei Tais are now made with ‘wrap straps’ for this very benefit).

I find Mei Tai carries to be very comfortable.  However, a wrap carry is always the most cuddly!

Instead we have the Double Hammock Carry which is just like the Front Cross Carry but with rebozo passes instead of cross passes.  The rebozo passes make the carry very secure, but it is no longer similar to a Mei Tai carry, since the Mei Tai waist straps always come under baby’s legs. 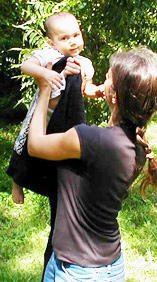 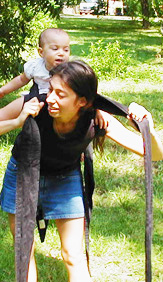 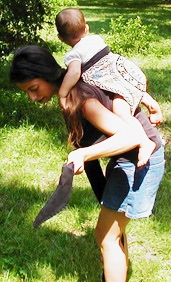 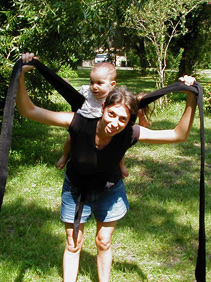 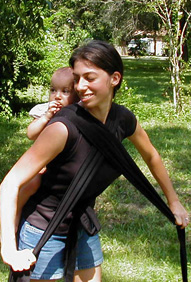 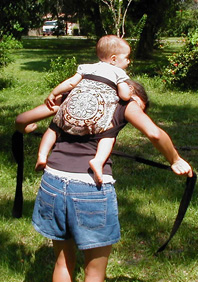 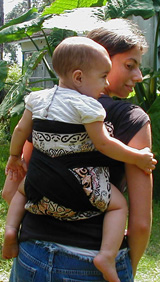 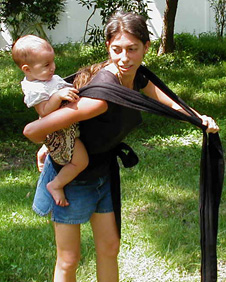 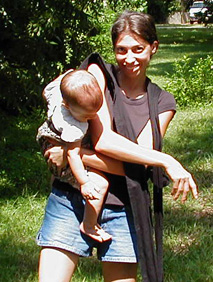 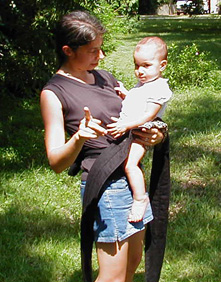