FCC is NOT FWCC 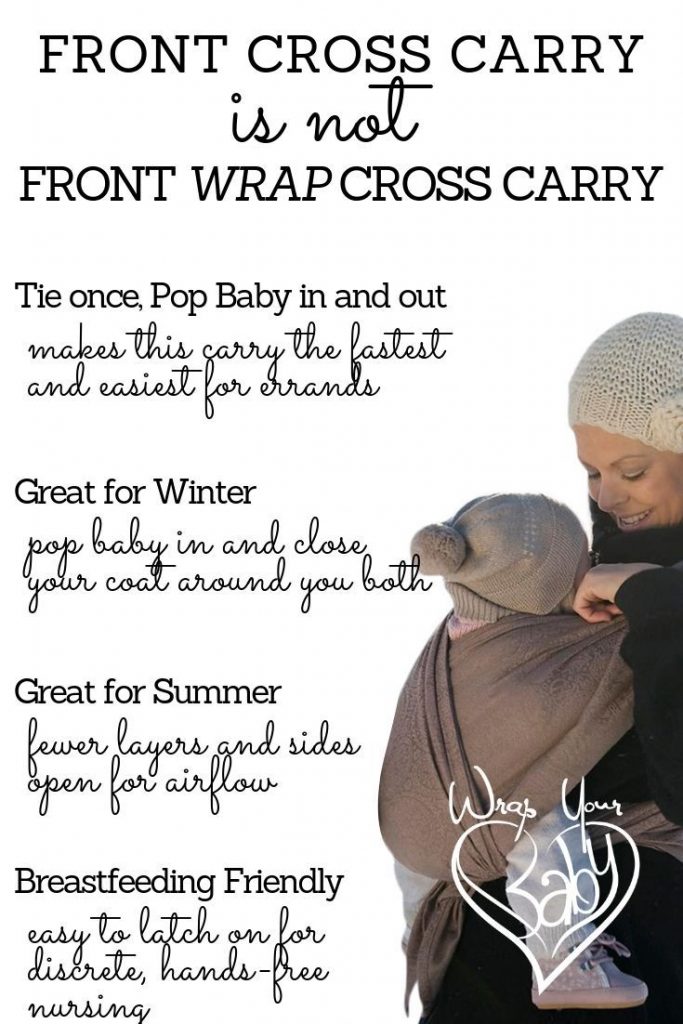 Front Wrap Cross Carry (FWCC) is the first carry most people learn. It’s the most popular way to use a woven wrap and can also be used with a stretchy wrap. It works for newborn through toddler, cuddling baby to your heart with three layers for a supportive carry with a full length wrap. Learn ALL about FWCC in my blog post, Woven Wrap Newbie: What is FWCC?

Front Cross Carry (FCC) sounds similar and so the names are often confused. However Front Cross Carry has only two layers over baby, instead of three. And the sides are open for airflow, whereas a FWCC has wrap around mom and baby’s sides. For these two reasons, Front Cross Carry can be noticeably cooler and more breathable in hot weather. 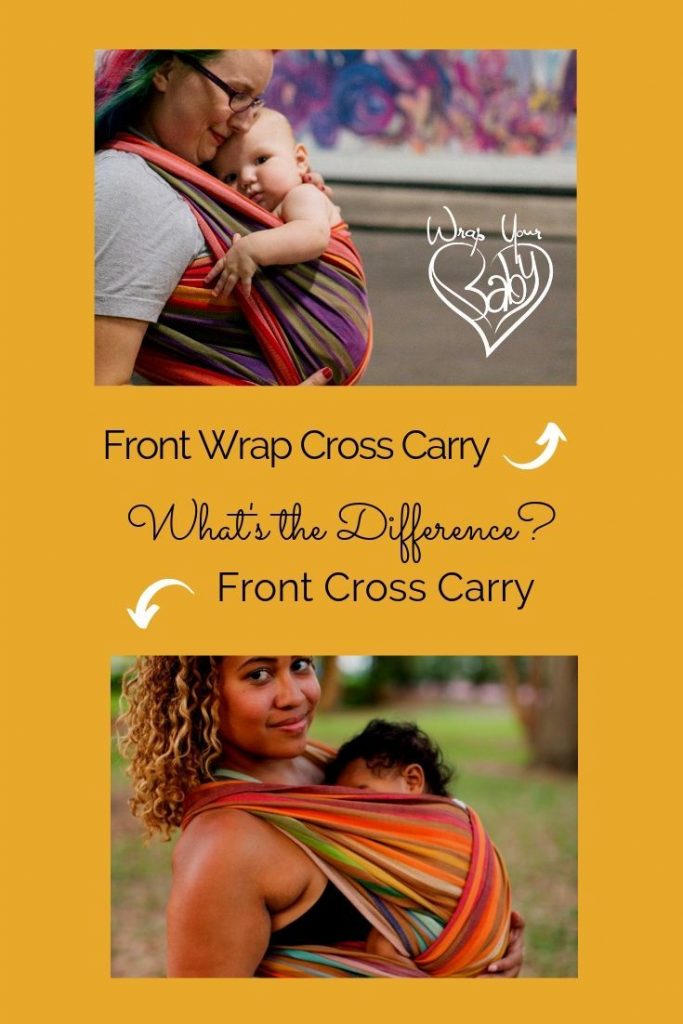 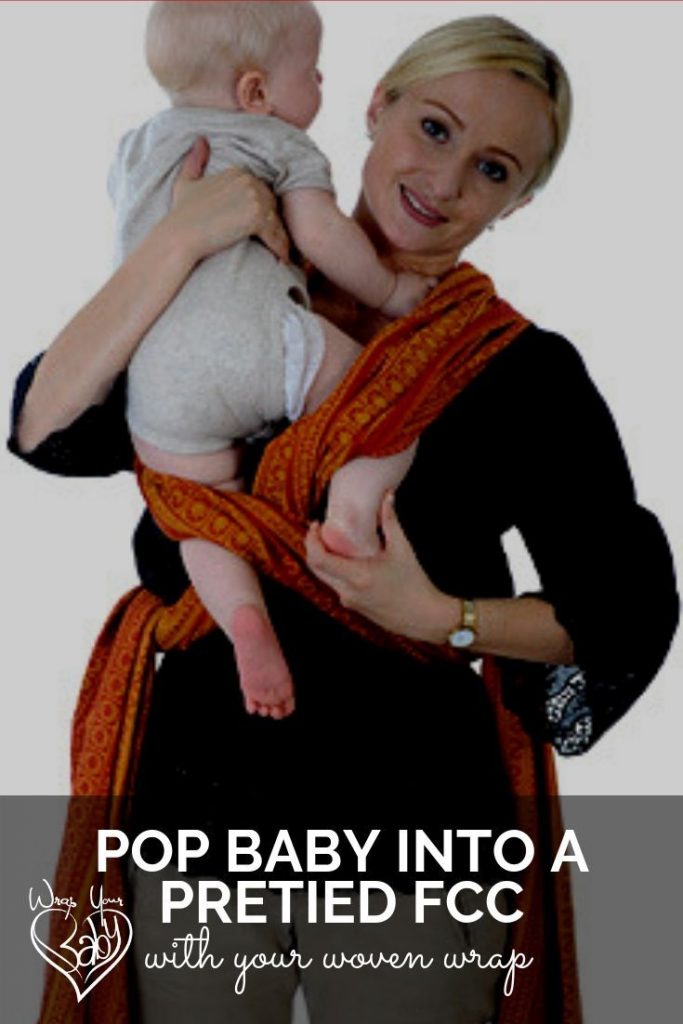 One of the loveliest things about FCC is that you can pre-tie this carry and pop baby in and out without having to unwrap and retie.

Here’s how easy it is:

This makes FCC a super convenient carry. It’s the fastest, easiest way to wrap your baby.

You can use this same functionality at home, popping baby out as often as needed for feeding, diaper changes, etc, and having your carry already tied and ready whenever you need to pop baby back in and have your hands free again.

You can learn more on my blog post Poppable Carry in a Woven Wrap – as Fast and Easy as a Ring Sling.

Front Cross Carry (FCC) is like a backwards FWCC:

So when you tie on a Front Cross Carry, you do it completely backward, but otherwise identical to how you do FWCC! 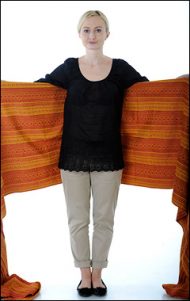 FCC: Middle at Your Back 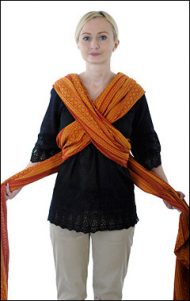 FCC: Cross in Front, Cross in Back 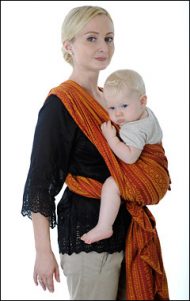 FCC: Tie In Front Under Baby 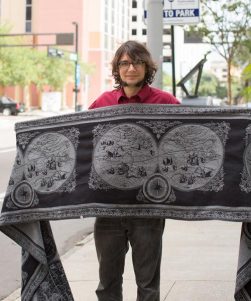 FWCC: Middle at Your Front 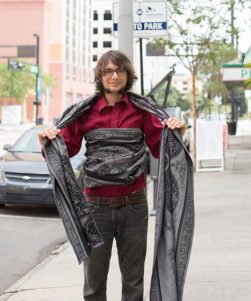 FWCC: Cross in Back 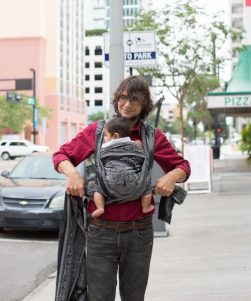 Cross In Front, Tie in Back

Front Cross Carry with Sling Passes instead of Cross Passes:

You usually put your baby into a Front Cross Carry with one leg in each cross. This means the two passes cross between your baby’s legs. 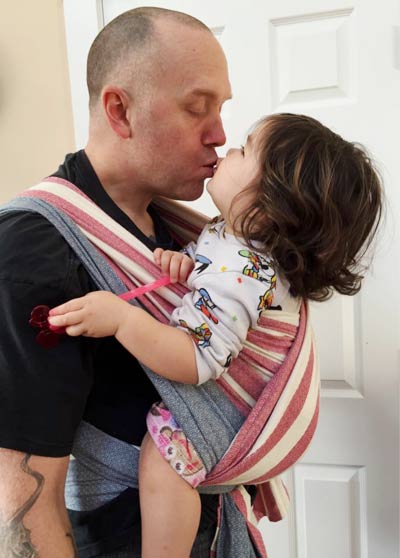 But you can tie Front Cross Carry and then put your baby in with both legs coming under and out the bottom of both passes.  Then the two cross passes become sling passes that cross high over baby’s back and each scoop both of baby’s knees upwards.

Here’s how to do that:

This can be helpful with a baby who tries to lean back out of the wrap, as the sling passes hold baby snug against your chest. It’s also a closer, cuddlier carry.

The below picture does not show Front Cross Carry but does show the difference between a cross pass and a sling pass: 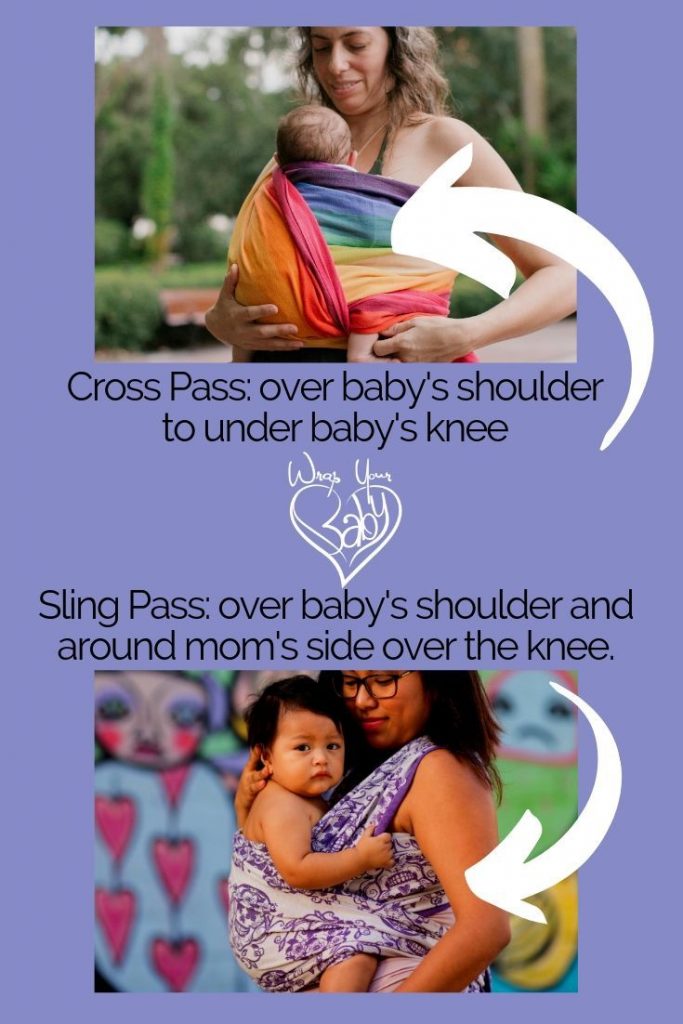 Regular Sling Pass comes from over your shoulder, across baby, and around yours and baby’s sides: 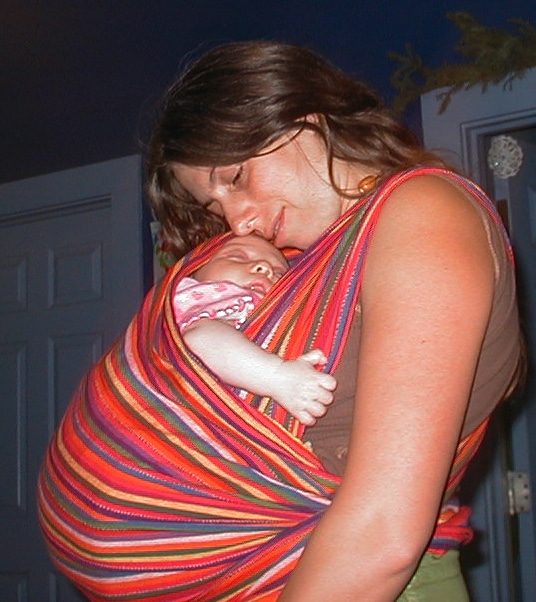 Sling Pass with a twist has the wrap twisted below your shoulder before crossing over baby: 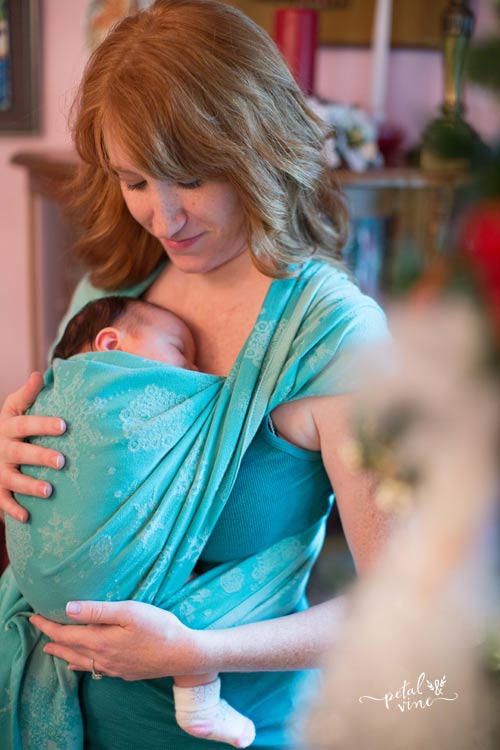 Here’s how to do Front Double Hammock Carry, which is a version of Front Cross Carry:

Front Cross Carry (as well as all of its variations) is a fantastic carry for nursing hands free and there are many ways to do it. One of the easiest is to untie the knot, bounce baby lower, retie, and latch on: 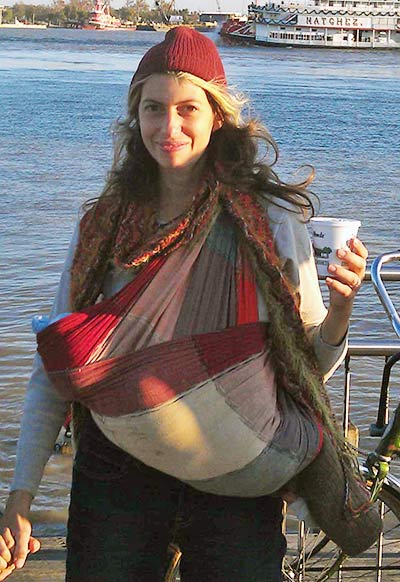 Here’s one way to adjust from upright in Front Cross Carry to semi-reclined for breastfeeding in the wrap. In this video, I slip the outer cross out from between baby’s legs to cradle her:

Here’s how you can start with a pre-tied Front Cross Carry, start to put baby in and get baby latched on quickly (to prevent the common but unofficial frantic baby syndrome), and then finish adjusting the wrap around baby while she nurses.

What is the back carry version of FCC?

Double Hammock has the center of the wrap at your chest, coming under your arms and crossing over baby on your back. The crosses come over your shoulders and then typically are brought straight down like rucksack (backpack) straps under the same arm to cross over baby’s legs and come around to tie in front.

And instead of tying in the back under baby’s legs where Front Cross Carry would tie in the front under baby’s legs, Double Hammock Carry typically crosses baby’s legs and comes around to tie at the waist. This is more convenient than tying behind your back.

Here’s how to do Double Hammock TUB:

And here is where you can learn how to do a full Double Hammock Carry from my photo tutorial and video tutorial.

Middle at Your Back

Cross in Front, Cross in Back 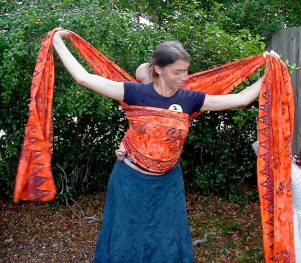 Middle at Your Front, Cross in Back 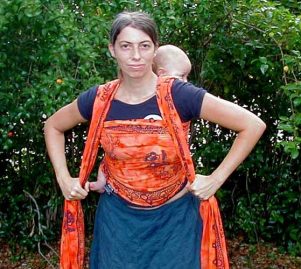 Straps Straight Down Instead of Crossing Over Front 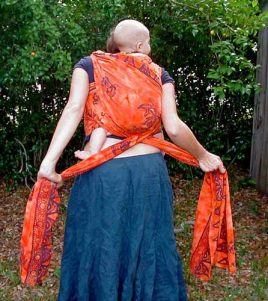 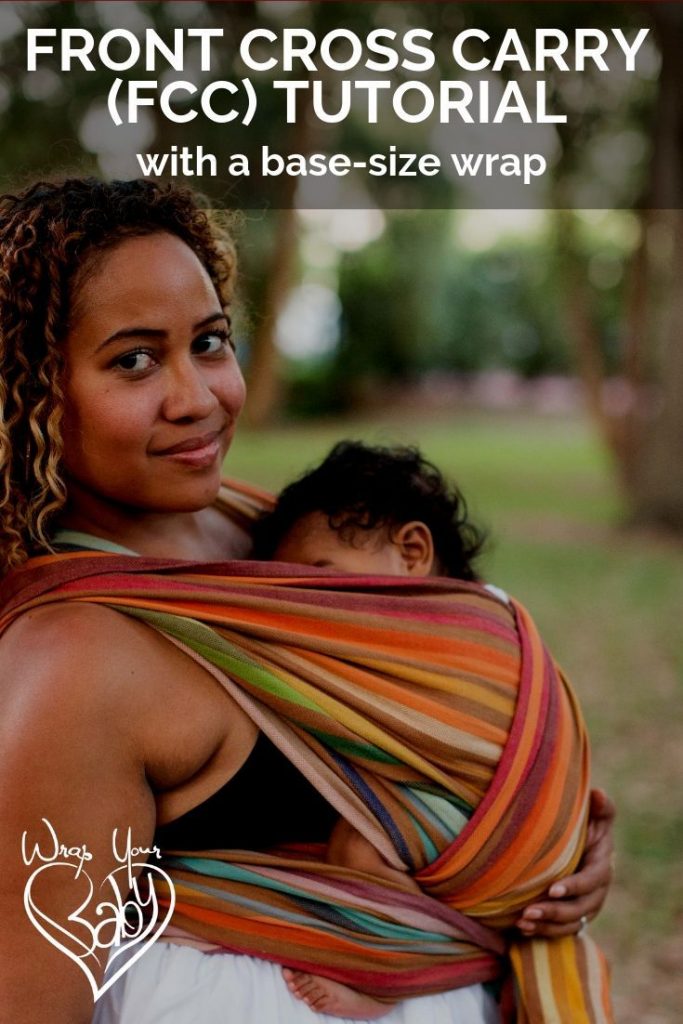